Hello,
After my disaster buy of 30+ used tapes, it seems like there is no other option than to replace the felt pads (according to this video Replacing The Felt Pad On A Digital Compact Cassette - YouTube from DR DCC). Now my new goal is to get those felt pads ! but i can’t seem to find the museum shop (i’m not a patreon). Can anybody give me some info on this issue ?

ps my dcc adventure didn’t stop. I’m to impressed with what i’m hearing after recording the music on the tape. For now i’m buying new tapes and leave those used ones behind me.
thanks in advance

Hi Ton, just send @drdcc a direct message. He will sort you out no doubt.

Thanks ! I just sent him a message…if only i can rescue 5 tapes i would be happy !

You can reach us directly at [email protected]

Every tape that gives me even the slightest problem gets a new felt pad.

Even when i buy new tapes, i´m very hessitant to buy 1st gen tapes. After 2 time use (for example) changes are i can throw away the tape because it became a tiny tiny bit dirty. I now just have to decide to put in more money, trying to rescue 30 tapes or take my losses

Hi Ton,
Keep in mind that this is an international forum.
The people who think it is a mission impossible, have never replaced a felt pad on a dcc (most likely lol).

Thnx Ralf, thought i sent an personal message. Sorry about that.
Cheers,

No worries. The reason to start this forum is to connect everyone in the world of DCC.
But we have to do it in English, otherwise so many will be left out.

Ton,
My experience with the feltpads from 8trackavenue are good. I have been able to improve the working of many tapes that otherwise would not have worked correctly. In fact, I posses somewhere between 100-200 tapes and I have only thrown away a couple.

But, a good recording deck is essential. A have a DCC600 that does the job for me. By trail and error I found that thát deck (and not other DCC600’s that I have) is the best deck to record on, meaning that I have the fewest dropouts in the recordings and the recorded tapes are the most compatible amongst all my machines. Other decks may record and play well, on that same deck, but tapes appear to be incompatible with other decks: they produce no sound or a lot of dropouts etc.
This is my experience for my situation and I believe that for instance Ralf has other experience.
It’s a learn-as-you-go hobby.

Also, the new felt pad can solve a lot of mechanical issues with the tape, but not if tape has been physically damaged. That can happen for instance when a tape has been played on a head that had dirt on it. Remember that the tape is very, very thin and fragile. Dragging the tape along a head which has a dirt patch/lump stuck to it (however small) can create longitudinal deformities that can render some DCC tracks unusable across the entire length of the tape.

Also I have had some occurrences of tape salad inside the shell/tape mechanism, where the tape is crumbled at some point. The tape will be wrinkled there. At such spots, the DCC format will never be able to record all tracks without error. So dropouts will happen there. After that spot, the tape is usually fine again. I have this on my much beloved Love Over Gold DCC that has dropouts in some parts due to damaged tape.

Changing the pads takes only a few minutes, most of the time is waiting for the alcohol used to solve the glue has vaporized so you can apply a new pad. Nothing to it.

Philip,
Many thanks for this great explanation. On my first (and up to now, my only) dcc (951) i could record a few songs and was very impressed by the result. You guys know this a long time but it feels like listening to vinyl on a digital level (if that makes any sense at all). My dcc is in ‘reparation’ because i couldn’t believe i had 33 used tapes with the ‘cleaning head’ message…so i also decided i’m gonna buy a dcc portable 170 as i can record on that one also and it always come in handy !)
Next thing to do is to become a patreon on the dcc museum (entry level, building that up :)), and order myself some new felt pads !
Thanks again ! much appreciated !

Last week i received the new felt pads. Up to now i replaced 2 felt pads…one with great succes, and the other one was also a succes, but on that tape i encountered a minor dropout (it doesn’t really mind me though). Only thing worth mentioning is that the new felt pad (which is very clean) has some black residue on them after using. Maybe my pinch rollers are dirty ? I read a lot of things of how to clean them…dish washer with water…rubber cleaner ? IPA alcohol…Up to now i didn’t deside on this issue and i didn’t clean them yet. Any suggestions are welcome…what is safe to use ?

Hi,
That is unusual. Could still be residue from back of the tape. You can clean it with IPA.

A lot of the new feltpads that I installed into the DCC cassette shells are dirty very quickly after playing the tape a few times.
I guess the backcoating of the DCC tapes is shedding after all these years.

After these answers it was time for me to take a closer look at the tape. I did not find any residu at the back of the tape (it looks clean to me). But i did find some kind of ‘scare’ on the tape. It is like you fold the tape and then let go…it doesn’t break but you see something that looks like a stripe, at exactly that point the dropout starts for 2 seconds. The player still play sounds, but with hick-ups. So it wasn’t the felt pads but a minor damaged tape.
Thanks for the answers guys !

Carefully cleaning could still improve it, though. You may want to check out this video by @drdcc featuring @AudioGarage: 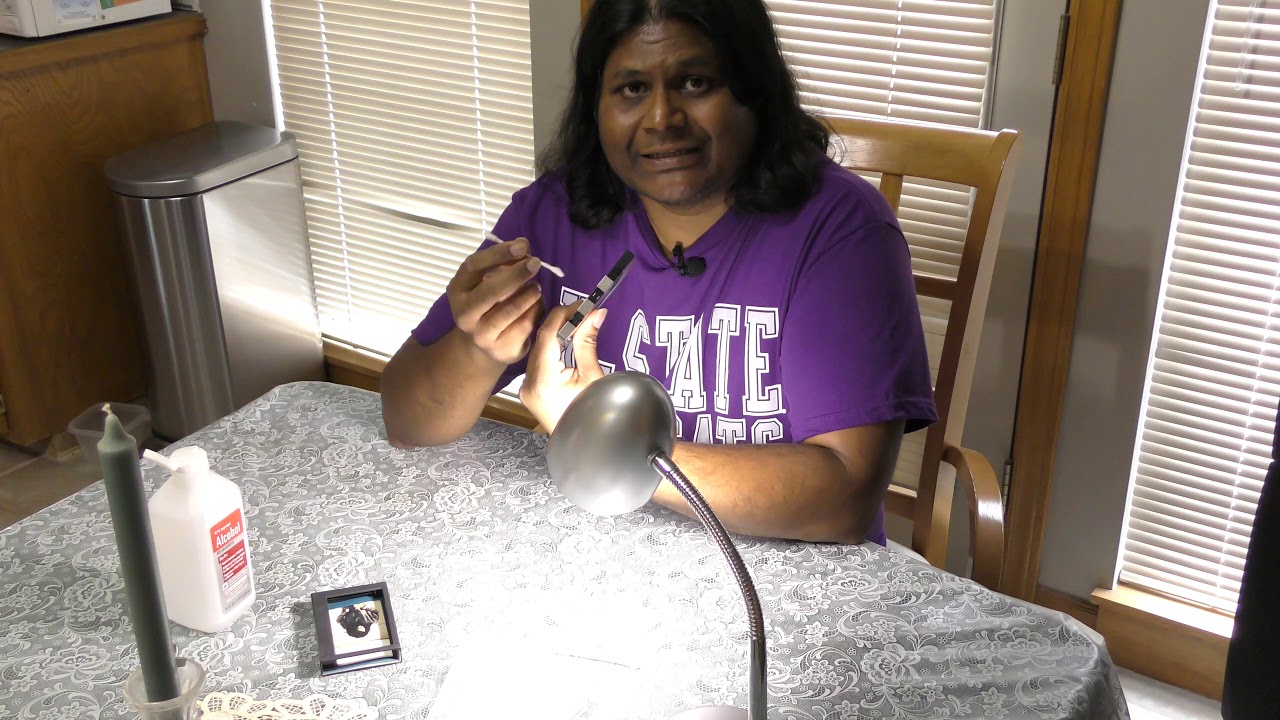 Extra cleaning did not help. But i can live with it

Today i received 2 officially released dcc’s. On the one i have drop- outs on the first song. The felt pad isnt that clean as i thought. So i thought, give this dcc a new felt pad. It couldn’t harm right ?

Usually there is no need to replace the pad the pad on a pre-recorded tape. There is , most likely, debris on the tape.

Once again Ralf was completly on the spot. After playing song 1 again and again (sounds like a status quo song) the dropout had left the building.