Bought this unit from a guy on a local website. Thought that there was only one color (black), anyone have more information of this radio? Seems like a brand new device. Guy I bought it from bought it from a someone that is now past away. He claims that the price in 1992 was 3195 gulden, converted 1768 USD. That is now (inflation adjusted) 3,365.30 USD.

I paid a good amount of money for it so I truly hope its rare. 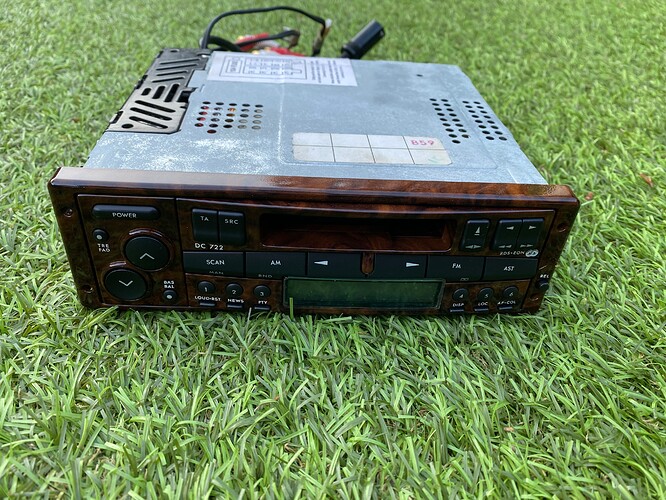 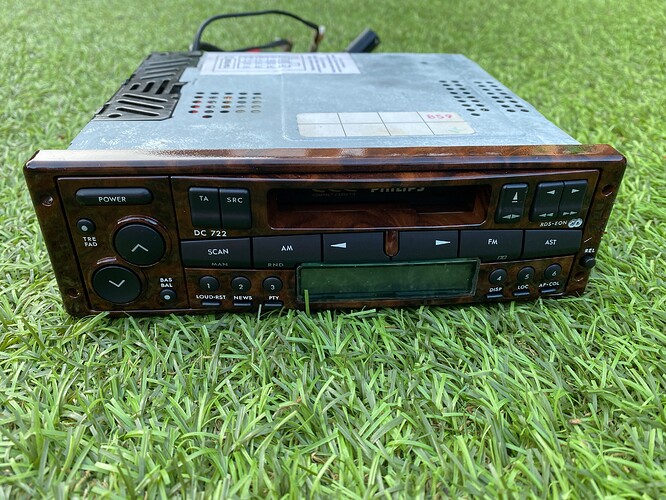 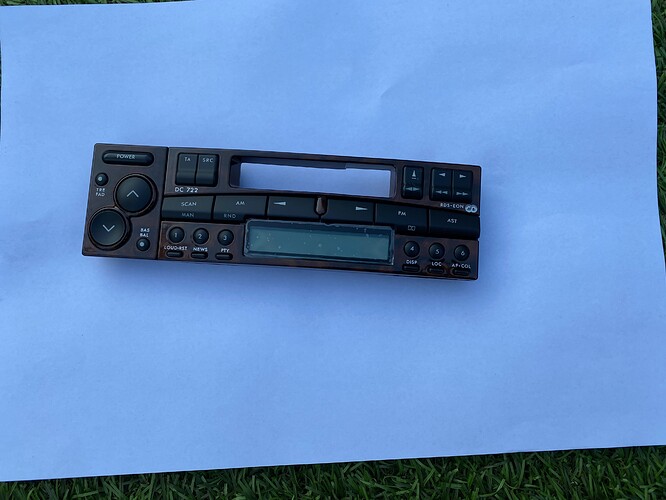 Hi, this has been a topic on the facebook page. Apparently its a dcc player (824) that has had the front of an analogue tape player (DC722) transplanted on to it.

Hi,
We did do a post on Facebook as the DCC Museum also tried to buy it.

DCC Museum Home of the Digital Compact Cassette : What do you think

What do you think? We almost aquired this unique DCC822. Something we had never seen before with wood paneling. Close inspection told us, someone got very crafty. We missed this after a first...

Afterwards we found out that it is a “home creation” of some sort.

A DC722 analog cassette player mounted on a DCC822/824.
If you research DC722, you will find what it originally looked like.

I bought a DCC822 in 1995 or 1996. Yes I bought it at the Philips employees store so I got it cheaper than retail value, and I don’t remember what I paid exactly, but it was definitely NOT 3195 guilders. Judging by what I now think it was probably worth, I would say I probably got it for no more than 400 guilders, and that was a lot of money (I just started a new job so I had some money to burn).

As Ralf already said, this is some sort of hybrid (which would actually look pretty good in my current car because it has some of that faux wood on the dashboard), probably made by a previous owner who upgraded from a DC722 to a DCC822 and liked the look of the old radio better. It looks nice and is somewhat interesting for its uniqueness, like a DAF car that was converted and customized for the queen would be valuable because of its uniqueness. But I don’t think it has a lot of historic importance unless there’s something on the inside that makes it that way, e.g. hand-soldered circuit boards or a development version of the tape drive or something that might indicate that this is a 722 that was converted at Philips to become one of the first DCC822’s.

Bottom line: it’s an interesting collector’s item, but I hope you didn’t pay $3000+ for it…

No not that much

. I paid 600 usd for it in its original box with all accessoires still sealed and a dcc head cleaner set.

That’s more money than I would have spent but but a box is worth something too especially if it still looks nice.

I donated my 824 to the museum, also in the original box. My remote control was never used (it’s mounted on the auto audio display unit in the museum now) and I even had the unused cable harnesses because I only ever had it install in a company car that had standard connectors that fitted the 822/824 just fine.

Its a lot of money indeed, I decided to list it on eBay because it has no collectability for me. Its still a nice unit and I think someone will like it. Sometimes I buy things that are a gamble, the pre production model in my other topic was worth the gamble, this one not for me.

Connectors are for sale for about 3 dollar included shipping (LINK)