Just joined tonight as sorting out a few gremlins with my Philips DCC 730 player.
I had one around 20 years ago and sold it on a few years later. Bought the current player about 3 years ago and been in the garage for the last year due to drop outs with normal cassette tapes.

Cleaned the head and pinch rollers tonight which seems to have helped but bought a pre-recorded DCC tape this week and that had many drop outs. Checked the tape and I can see it is damaged (not sure if my player caused this or not) so contacted the seller who has another copy and will be shipping it out after Christmas so hopefully all good.

The case is very tatty so will look to do a respray and a general tidy-up once it warms up (so in 6 months time I suppose).

Hello Andy, I’m Andy too lol! And I hope you have good luck with your machine. I’m sending my DCC 900 parts for new caps and to fix the bent loading tray!

Thanks Andy
Hope your machine works well after the love (and money) you are sending it,

Hi Andy and welcome,
On the 730, bad pinch rollers can damage the tape beyond repair. Cleaning is often not enough.
You need to replace them to be sure. If you are using a magnifier, you can see the damages on the pinch rollers. They look like blisters. Just check to be sure.

Hi Ralf.
Thanks for the information - I will get them out in the next few days to check them over.
Where is the best place to get the rollers?

We have them in our online shop.

Thanks Ralf
Will have a look and get a pair ordered.

So - thanks to the DCC Museum, the new pinch rollers arrived and duly fitted - fairly easy.
The tape that is damaged, the seller sent another one as I thought the tape was damaged before I used it but I suspect it was the player and hence the new rollers

With the new tape in, it says ‘CLEAN HEAD’, so I press play. Pressing the ‘Text’ button shows ‘No Text…’ but the counter goes up and no sound.
Put the original damaged tape in and I get sound but the occasional dropout.
Using an analogue tape all is good - no dropouts and no ‘CLEAN HEAD’ prompt.

Looks like the second tape is damaged also. Can someone lend me a tape in the UK that they know is good so I can see what happens. Obviously if I damage the tape I will pay for it (a big ask I know)?

A few pics of the DCC player (the lid needs a respray so waiting for the summer): 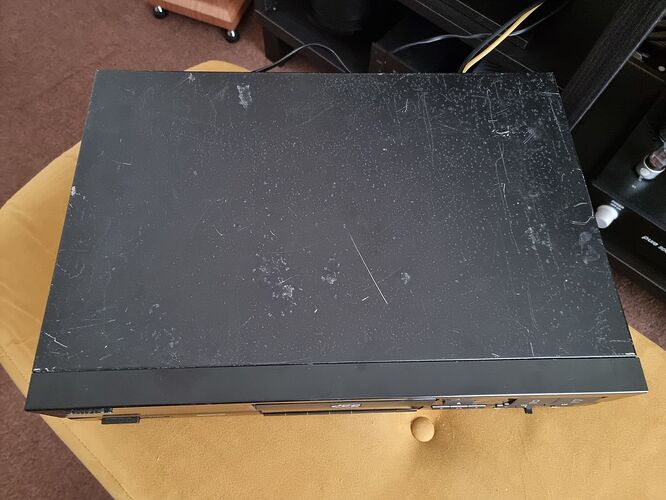 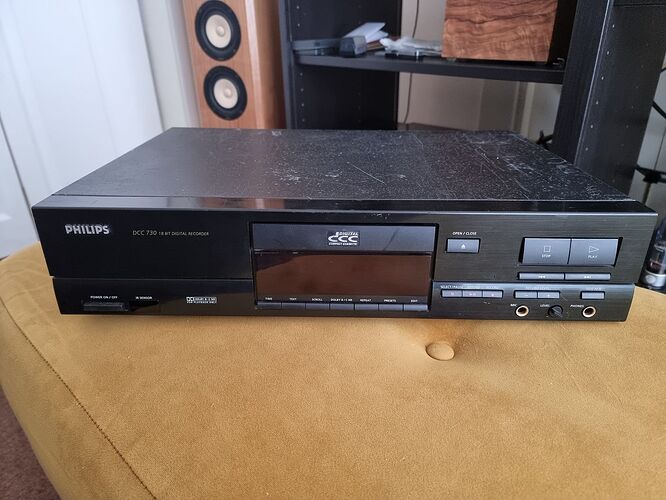 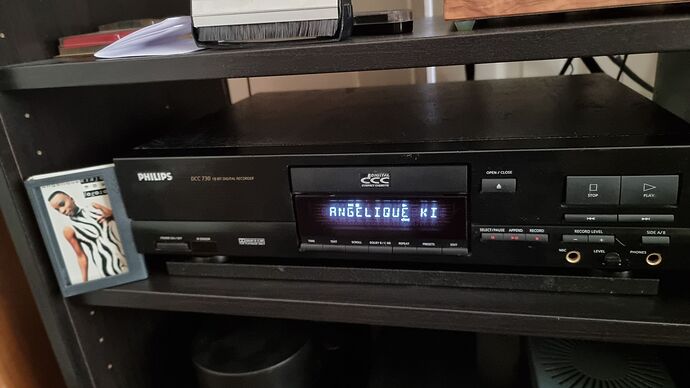 The insides - looks like one of the caps is on its way out (could be the reason for the dropouts?) 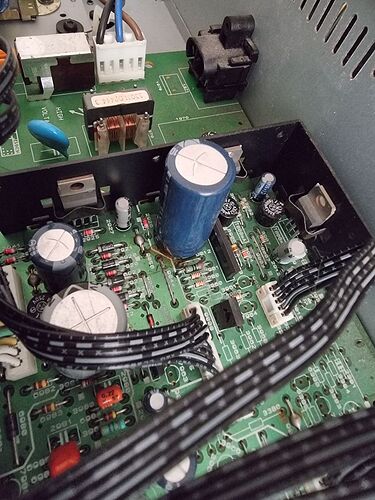 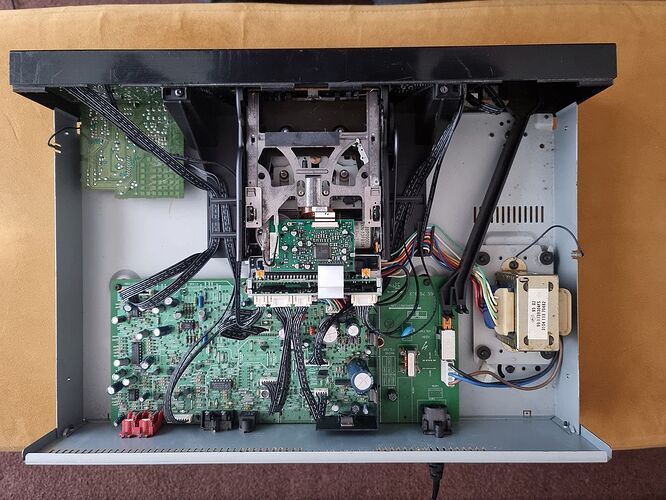 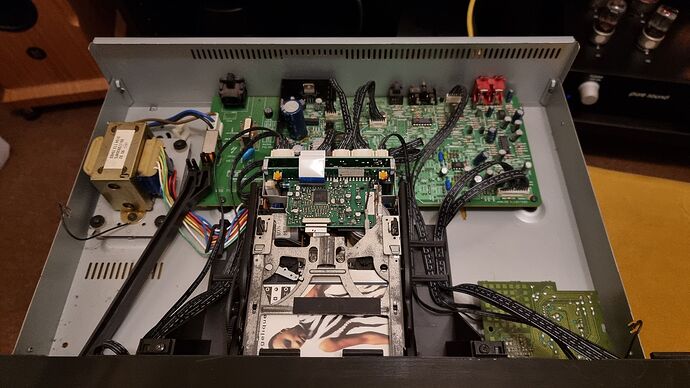 I just send you a PM.
Ralf

The insides - looks like one of the caps is on its way out (could be the reason for the dropouts?)

The brown goopy stuff around the electrolytic is just glue, not leaked electrolyte. That capacitor is part of the power supply and it’s probably fine. That being said, when the glue gets old it often starts conducting electricity so it’s probably a good idea to get it out of the way, but it’s almost certainly not your problem. If your recorder has capacitor problems, it’s probably the ones on the read-write board on top of the deck.

However, even though Ralf tells us that DCC730 with bad caps are starting to appear, they are still pretty rare. It’s more likely that your head is simply dirty or there’s a mechanical problem like pinch rollers or a sticky pad in the cassette. Hopefully your head is still good.

The rollers have been replaced. I cleaned the head with a cotton bud with IPA (no dirt showed on it)
Will get another tape that is known to be good and see how that goes.