I got this 951 comming my way for 25 euro. The head was dead or dirty. I took some pictures, and my guess is a dead head. Are there any spare heads laying around ? Is this not to be rescued or just for parts ? 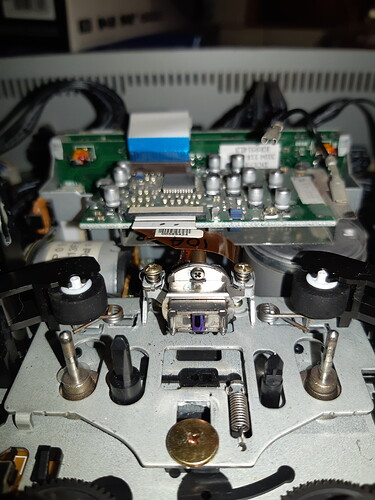 The DCC museum got a donation of a small amount of heads, these are not for sale. No other spare heads are known to exist anymore.

Still a decent price and appearently at least an honest seller, could have sold that as untested for 100€.

I was afraid of that. I’m not a repair guy, so i probable gonna sell it to a repair guy. (The seller sold it for 70 (as untested/ repair), but i let him run service- mode, and he got 3 20 error, thats how we found out. I took a change on it…it could have been dirty.
Maybe somebody has a use for it. At best i saved it from the trash can.
Thanks for answering Max

Besides what already has been said, it looks like those capstans could really use a thorough cleaning…

Hi Ton,
This might change nothing to the state of the heads, but please always clean your capstans thoroughly before testing. These look very dirty/rusty. It may even damage your tapes.

update: I see Jac made the same remark

I see the rust as a hint that (poor) Type I analog tapes were used that kiled the head.

You can allways part it out, package it and send it to @drdcc. I know for sure that the salvage parts will be reused… no dcc gear should go in the trash any more…

The DCC museum got a donation of a small amount of heads, these are not for sale. No other spare heads are known to exist anymore.

It’s in the film, that little box!
Do you think Philips threw away their spare parts? Or will they still linger somewhere in a fault? A couple of hundred would be nice?

Because DCC ended relatively abruptly, there must have been a relatively large amount of spares in stock?

Could we just ask Philips if they do? And if so, it would be a great gesture if they donated them to the Museum…
Just a thought…
Mr Timmer is still alive… maybe he could shake some trees…

Because DCC ended relatively abruptly, there must have been a relatively large amount of spares in stock?

It’s not that simple. Very likely, the decision to cancel DCC didn’t happen on the day before the Eindhovens Dagblad placed the announcement in 1996. They probably already reduced or stopped production long before that, and dismantled the development teams. All the parts and supplies that were in the pipeline were probably redirected to the Service department so they could use them to repair DCC recorders that were still under warranty, and then some.

We would love to find more parts and prototype / preproduction machines but you can’t expect to go to Philips and say “Hey we’re a bunch of hobbyists with a museum on the other side of the world, do you have any leftover parts?” Philips is a business and there’s no money in doing something like that. As soon as they could, they probably cleared out the entire factory to make space for something else that could make money. Even big machines such as the mastering equipment for prerecorded cassettes were probably dismantled for parts and used for other purposes. Unless you’re already “inside” and you “know people”, that stuff is simply inaccessible. And don’t count on Jan Timmer having any leverage at all. He has a bad reputation because he’s mostly remembered for getting a lot of people laid off.

And of course, DCC happened so long ago that most people who worked on it, aren’t at the company anymore, or have passed away.

When it comes to leftover parts or machines, it’s mostly a matter of getting lucky.

I know… chances are slim to say the least. But the longer one waits the slimmer it gets. I have no idea where to begin that investigation, but come hell or high water, I will give it at try!

BTW… if Timmer looks angry, he is pretty scary!

You all won’t believe this…last night i thought…lets check on e-bay to see if something is on sale (on the DCC department). Twenty km from where i live…there was on sale a complete mechanic part (the big block with the head in it) of a 951!. I could pick it up for 75 euro, i replaced it with the ‘RIP Head’ mechanic…and now i have another working DCC951 !
And i have a complete mechanic with a dead head, but with all the rest of the parts ‘untested’. I’m not this smart repair guy, so i don’t really have a use for my ’ left-over’…so if anybody is in need for something like this. The pictures show my leftover 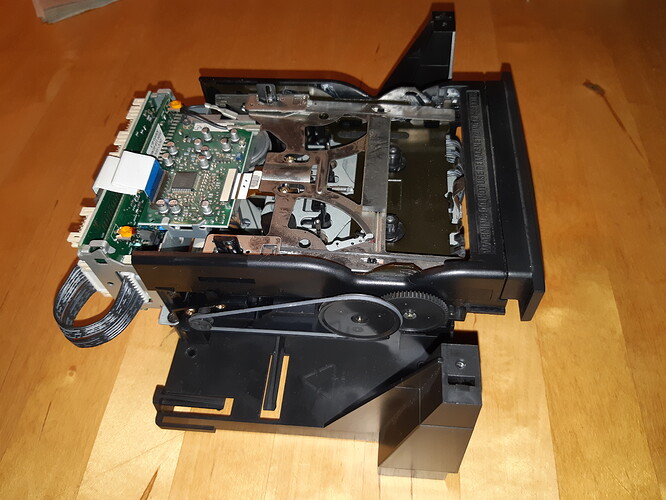 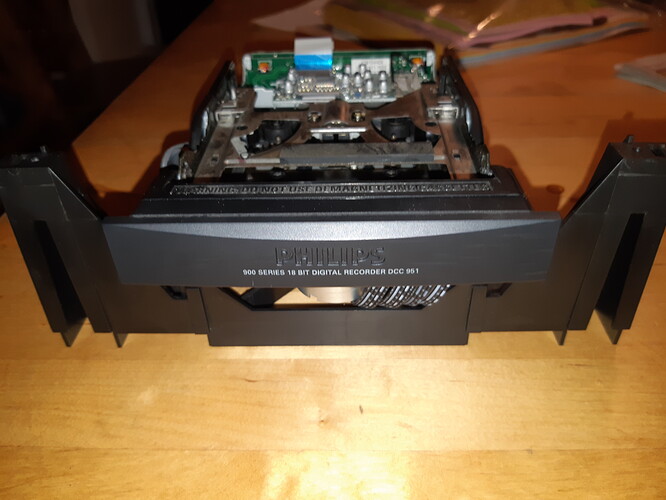 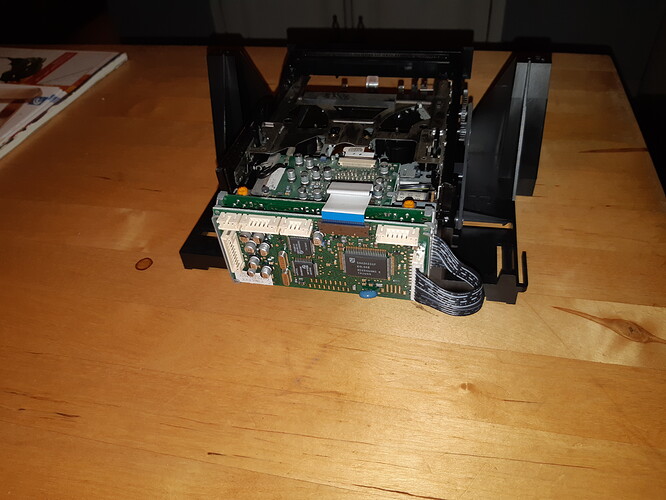 Well congratulations Ton! Your bad luck is finally over!

Pack it and send it to @drdcc … he knows what to do with it!

I was about to buy that mechanism, congratulations. I hope you don’t mess it up replacing belts and pinch rollers like I did. Keep it as a manual and collection of spare parts, if you don’t need it anymore don’t throw it away, someone will be able to make some use out of it.

I’ve been looking the entire evening for a place at Philips to put down the question about the remaining spare parts. Because of the demise of the consumer electronics department and the closing of the Hasselt factory many years ago there are not much places to go.
I found the Philips Museum and send them an email in wich I put up the question about possible NOS spare parts for DCC…

Max, wasn’t neccesary to replace anything. I just took out the mechanism…replaced the complete unit…and there you are…i now have 2 working 951’s ! One with a bad cover, but Mick Jagger told me to ‘paint it black’ ! I’m gonna test the ‘new’ one for a week or so…and then probably sell it or trade it.

But as it is used, replacing belts and pinch rollers is recommended to avoid damaging tapes or making bad recordings.

Max, yes i still have 951 belts ‘on the way’ (problem with delivery guy due to covid-19). New belts and pinch rollers (for the new 951) i will order but doing that together with my missing items of the 130. I’m firstly looking for a repair guy close by home to replace capacitors and changings belts for the 130.

The Philips museum won’t help you I’m afraid. They make money from visitors and their collection is not that big.

The Philips historical products museum has a much bigger collection but they won’t help you either I’m pretty sure. They collect things, they don’t sell them.

Anyway, we’ve already been in contact with them and the Products Museum helped us with some information before. They’re awesome places to go visit! Thoroughly recommended, especially the products museum. Once the Covid-19 crisis is over of course.

and now i have another working DCC951 !

I wonder what happened to the rest of that deck…