I have repaired a DCC600 with a new gear and new belts, but it didn’t come easy. I had to take it apart several times and each time i learned a little more.
The problem with this one was that it would not play or (re)wind, turned to stop quickly after pressing play or wind. The new belts didn’t fix that and turned out the gear was shut.

I also found a lose pinch roller (!) laying around, weird.
I found that this isn’t the best design to take apart, well engineered but not friendly to maintain.
Anyway the drive and PCB came out and i could replace the gear with the new red one from Poland.
Well made and fits perfectly!
Back together and it plays, but only for 1,5 sec then stopped, what is going on now?

Turned out the spring wasn’t set right, it was hooked correctly on the moving part but had came loose of the base preventing the new gear to fully move sideways and the pickup reel would not turn because of that.
Corrected this and now it would wind rewind and play but no sound was heard and of course nothing on the VU, only the counter was working.
I noticed the head was not as far in as normal, looked like the other big red gear wasn’t in the right position when i placed the moving part back on the base.

Fortunately there was the clip drdcc made of the renewal of a gear and i could see somehow the position of the wheel when the moving part was taken out looking through the hole where the pickup pin went in. I turned the red wheel until i had the same situation and reassembled the whole thing again.

Now it played and it played well!
Until i opened and closed the drawer, then it would display the cassette is stuck.
I found the mechanism which opens the shutter wasn’t pressed deep enough.
This was caused by wrong assembling of the spring on the left side in the plastic moving part (wouldn’t know what to call this thing). This was not the first time i put this back together but apparently at some point you can do it wrong. 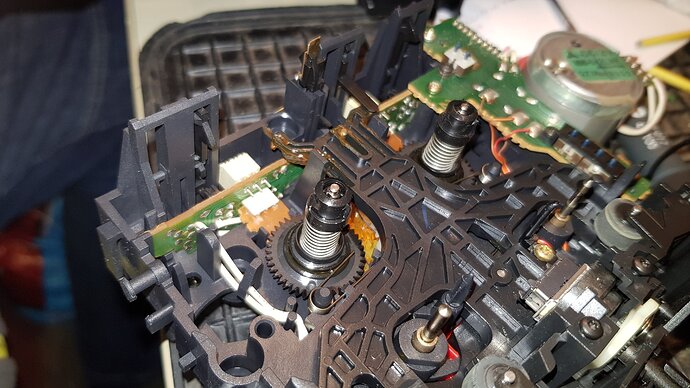 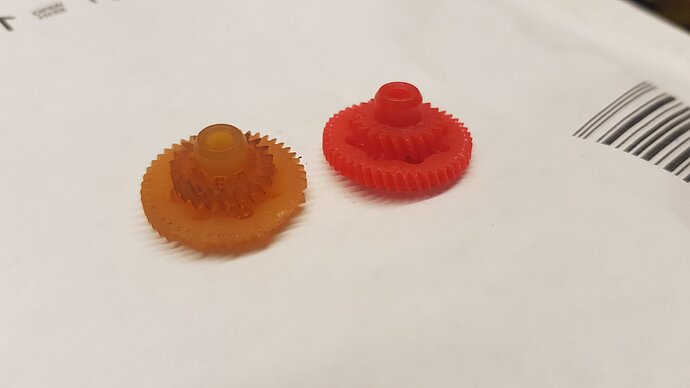 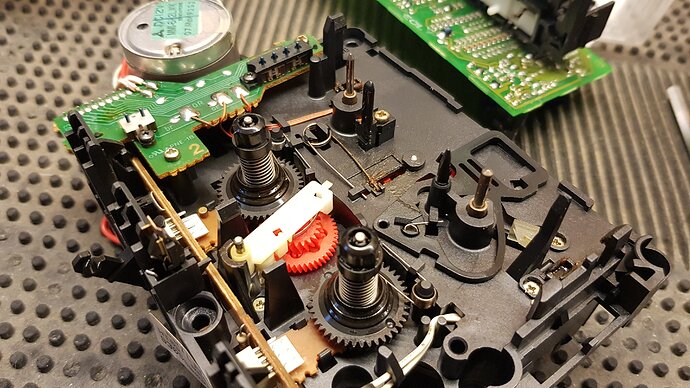 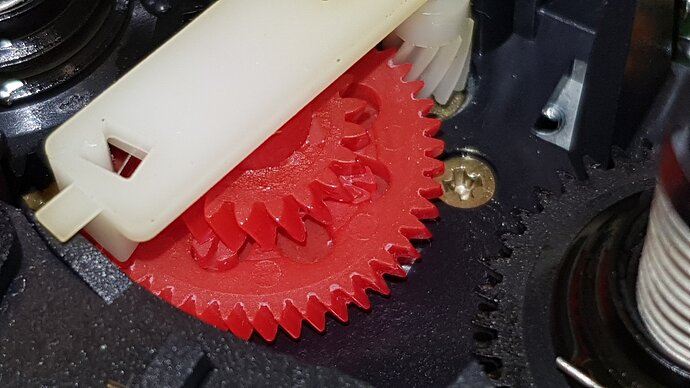 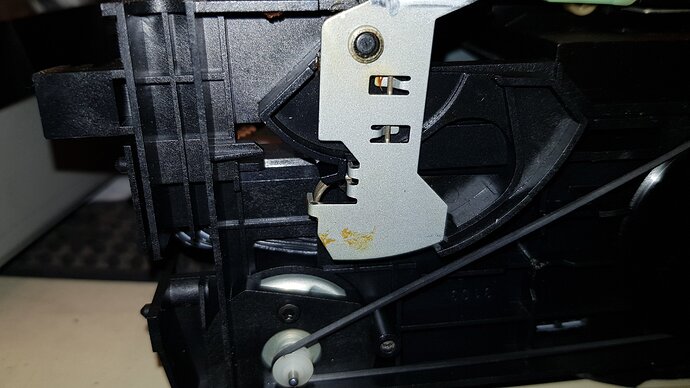 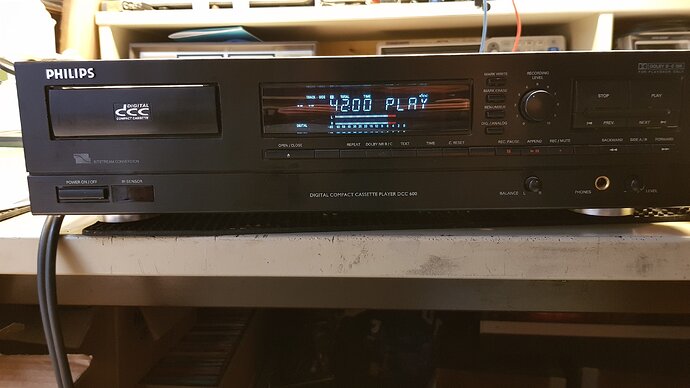 Good work @Remi . I too have used the red gears from a Polish seller on ebay, perhaps the same guy! The gears I have (I bought a few so have some spare) are for the DCC730 fast wind motor.

Great effort @Remi, and very well documented! I often forget to do that.