Managed to get a set of DCC calibration tapes (sealed) on a local site in the Netherlands.
Someone sold multiple sets, never saw them before. 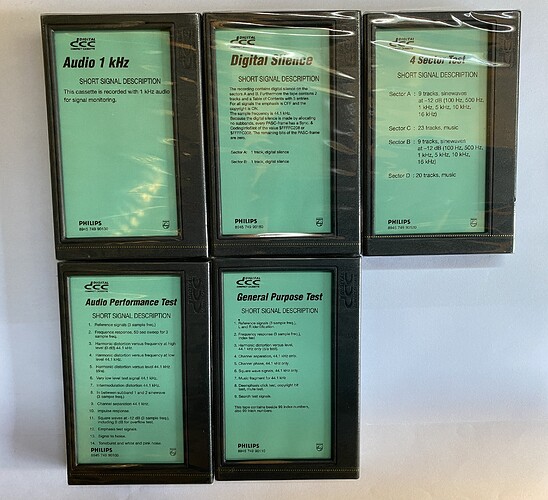 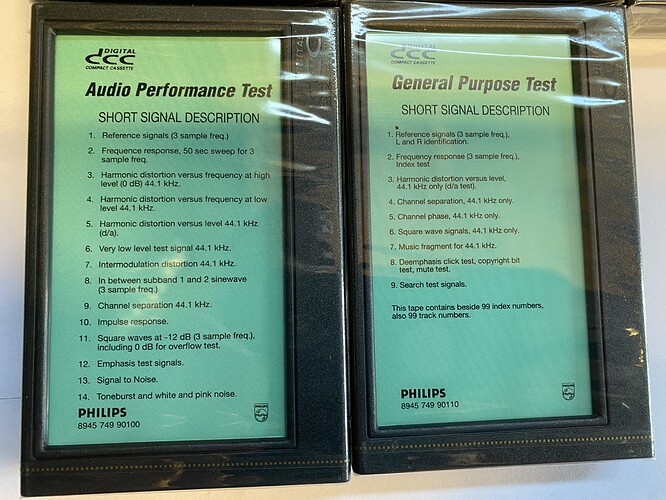 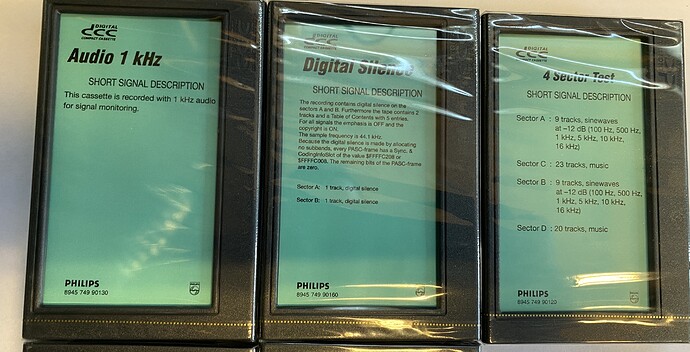 Are they still for sale? Do you have a link?

These are unique and would really help with my reverse engineering projects.

By the way judging from the 12NC codes, it appears that the original set may have had 2 more cassettes…

If you don’t care unwrapping those dcc’s…
Would you perhaps make digital copies for @Jac ???

It was on Marktplaats i messaged the guy with the question if he has still sets available but he did not. @drdcc do you have these already in the museum? Maybe its best to send them to the museum let Ralf make copies of it and let the original in the museum.

I just send the seller another message if there where another 2 cassettes in the set and where he got it from. I will post it here when he answers.

We were able to buy 2 sets as well.
One we will open with @jac

Great then I keep mine sealed for now! I askt the seller where he got it and they where saved from the garbage when Philips stopped with the DCC project.

What are the oughts finding this…

Please make a video about this?

Already discussed it with @Jac

That would be so nice! Another step closer to the depth of the dcc system!

Just like CD’s, DCC’s have track numbers and index numbers. Indexes are used to separate tracks into parts. Index 0 is the (optional) pause at the beginning of a track (where the time counts backwards).

The index feature is not used in any DCC recorder as far as I know. But the DDU2213 deck in the 730 and 951 appears to support searching for index numbers. This tape will help me verify that.

I don’t know of any (other) DCC tapes with indexes either, but I have a CD with indexes: “MCMXC aD” by Enigma (only the first edition of that CD has indexes, later versions used track markers only, because CD players with index buttons were rare to begin with, and eventually disappeared).

Congratulations to you all.

Please test it with an ITTS box. It may help me to better understand what the baseline for ITTS without any special care on prerecorded tapes is, at if was likely not made using the standard mastering procedure.

Jean Michel Jarre has indexes on his cd’s as well…