I’m looking for some suggestions to diagnose analog playback issues with a DCC 900. I completed a recap over the weekend, and replaced all the pinch rollers and belts. Digital playback is fine - as it was before the recap.

Analog audio before the recap was not working. One channel missing, and the other very low volume. It’s pretty much the same after the recap.

There was not much evidence of leakage and/or corrosion from the SMD capacitors, although there must have been some.

@drdcc has suggested in other posts about the through-hole connections from the A side to the B side, which I’ll be starting to look at.

Do you guys have any other suggestions? Is it possible to use an oscilloscope to trace the analog audio around the head board, and see where it gets lost?

Welcome to the forum! The recap made sure that it does not get worse, get some decent analog tape deck, you should not play analog tapes on DCC players due to abrasive and/or corrosive properties of tape that can and will damage the irreplaceable head.

Thanks Max for the welcome. Yes, I have several better Sony ES tape decks for analog - so the DCC 900 will be mostly for digital. Still, it would be nice to get it back to a more “factory” condition.

Can you clarify a bit on the “abrasive” comment - I’m aware that analog tapes are much dirtier than digital, but is the actual tape different?

Can you clarify a bit on the “abrasive” comment - I’m aware that analog tapes are much dirtier than digital, but is the actual tape different?

These metal oxide particles are harder than the DCC head and its protection.

Normal tape heads consist of big chunks of ferromagnetic metal where a voltage gets induced, they should be harder than most particles and if a little bit is missing, it is not a big deal.

DCC-heads are based on delicate thin-film magnetoresitive heads which means the resistence changes. They consist of very small structures, certainly softer than the particles. The protective film out of a special material helps a little, but it can’t be blocking it. Philips even assumed a limited lifetime for DCC-tapes which we were thankfully not able to confirm. Take a look at those microscope pictures for a better understanding of the damage: Technics RS-DC8 buzzing sound on analogue playback - #8 by didyman

When it comes to digital recording, which I tested this morning, is the recap enough? Should I be verifying other parts of the head PCB?

I used a random old tape (not NOS) and had plenty of corruption in the recorded audio when played back. The time code appeared OK, so I’m wondering if the tape was suffering from problems (pads or poor storage).

When it comes to analog playback problem You have to track signal paths all the way, for both analog channels (L, R) using service manual and multimeter and checking copper tracks and especially vias (tunnels connecting both sides of circut boards) for continuity as acid from smd caps might destroyed them. Check both boards where leaking smd caps previously were. I had the same problem, repaired it with thin wires and soldering (use flux !). The head itself and mainboard are probably ok.

Hey all
I have too much with the DCC format. I have 2 technics DC-10. And 2 Philips DCC 900. And 1 175 Walkman. They have the same problem is playback with audio. Even I send out to repair. But they like have a problem with heads. Every unit replaces new caps too. His come DAT format is no problem on ms so far ( I have 5 DAT unit)

Hi,
If all players have the same playback issues, are you sure it is not the tape?

The credo is here:
Clean head thoroughly,
Make sure capstan rollers are okay,
Check tape, make sure it plays on other known good players.
Make sure alignment of the head is okay ( check this in service mode)
Is the feltpad clean, isn’t there the squeek you perhaps can’t pick up with your ears… it is really high!

I do have more than 10 tapes. Try all and try record on. A new tape too. But have all issue is audio. I am kind of disappointed with the DCC format. Maybe I don’t have luck with this format.

Have you replaced the felt pad of the tapes? Hard to understand that the same problem on all 5 players would not be caused by the tapes.

How can I separate the tapes? I do not see any screw-like analog take type. Also, where can I buy a taped pad to replace it. Thank you. 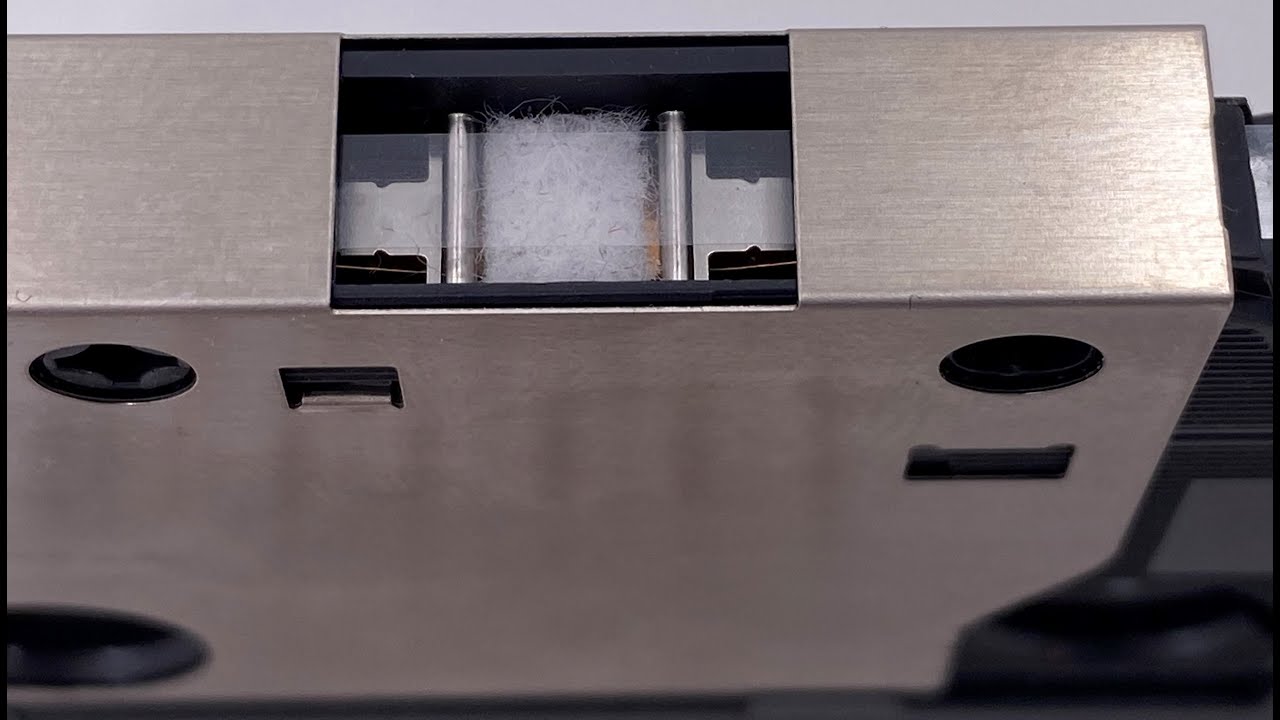 Can I get some felt pad to try to replace the dome of my tapes? Thank you

Very strange that you have the same problem with all your dcc decks… The only thing I can come up with is the recap job. That is a constant. You recapped alle your decks right?

Now… could it be possible that you accidentally reversed the polarity of those caps? I seem to remember that on some replacement caps the polarity markings are actually reversed compared to the originals. I’m not certain here and perhaps it is rubbish but… who knows?

We have some felt pads for you. Contact us at [email protected]

Most common cause of the problem are conductors “eaten” by the fluid, ist often barely visible cracks that can only be found via multimeter. Please check if the copper conductors in input channels (IN L, IN R) as well as BIAS inputs (IN MFL, IN MFR) as well BIAS outputs (MFL1+MFL2, MFR1+MFR2) to and from TDA1317 (Q101) are intact. Measure voltages and or resistances to check integrity.

Maybe not too late to answer. The four 10 uF capacitor on the R/W board just next to the analogue PB section’s bias/gain stages. There are two solid state (probably tantalum) SMD elcaps on this side (and on the other side too). On my unit, one of those have lost the connection to the nearby via. Altought the via was fine, the very thin trace leading to it was eaten by the released electrolyte.
The drawing may help to locate connections and parts. 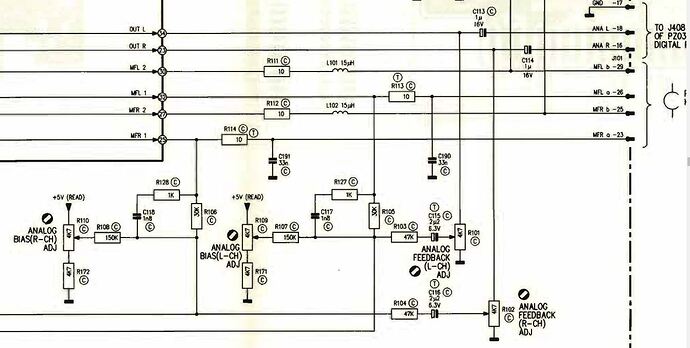