Today was a good DCC-day! It startend with this in the mail :

I cleaned it and now it looks like this: 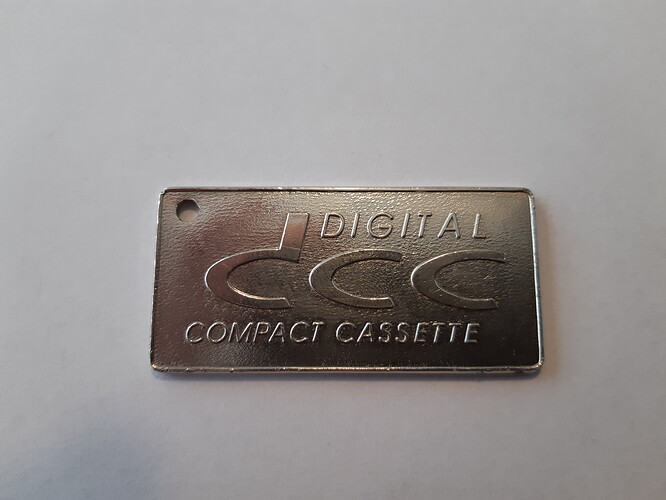 In the afternoon i did a trip from Eindhoven to The Hague. And i picked up these items: 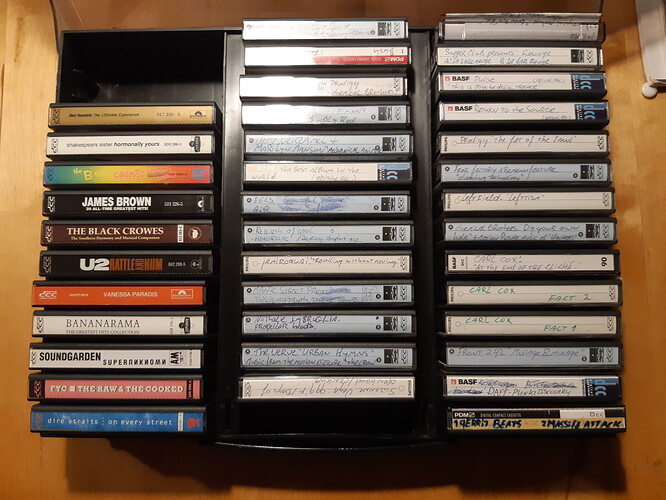 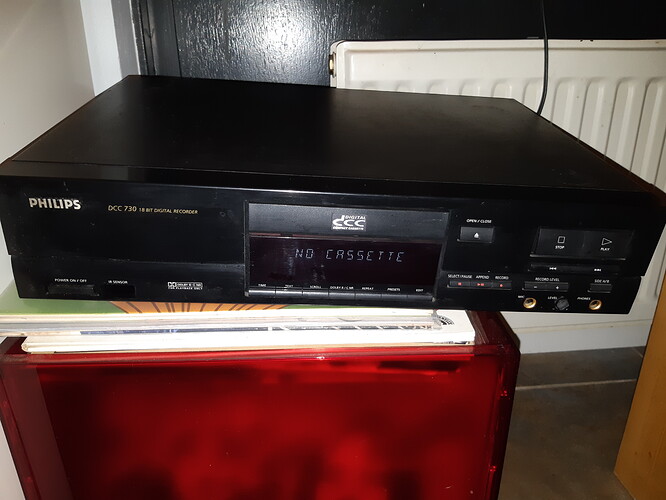 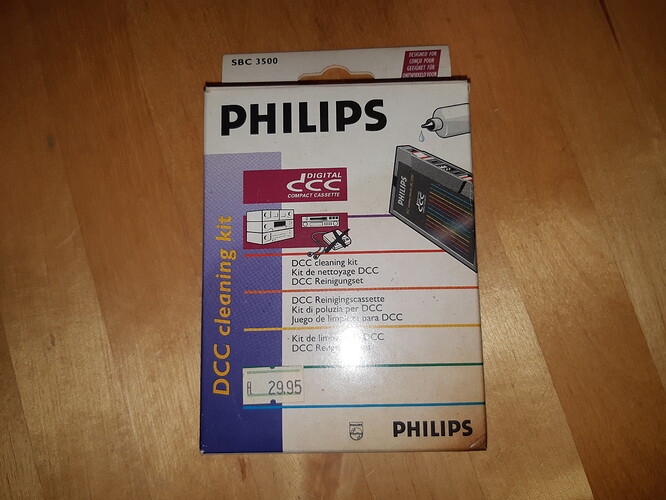 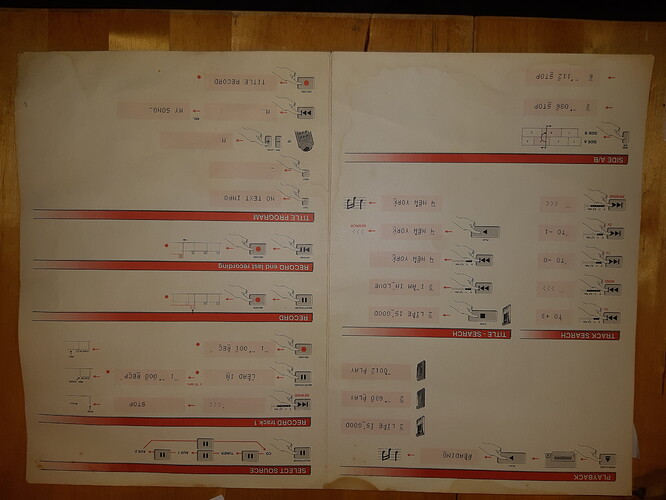 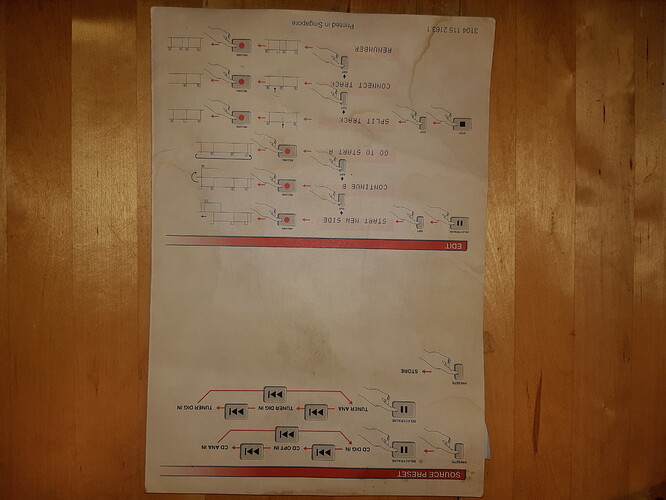 The package off the cleaning DCC tape never has been opened. Those paper instuctions are original…The 730 is working…it does all things except PLAY, rewind, forward all is ok, but when pressing play i hear something is happening in the inside of the player, but the display doesnt say something is playing. I hope a belt issue. The player itself never has been opened. My weekend is going to be very good. I better not tell what i payed for this because some people might not survive. I think i am going to have a ball of a weekend !

I replaced the pinch rollers of the 730, and belt are OK, but when i press START the display shows me this (And it gives no sound): 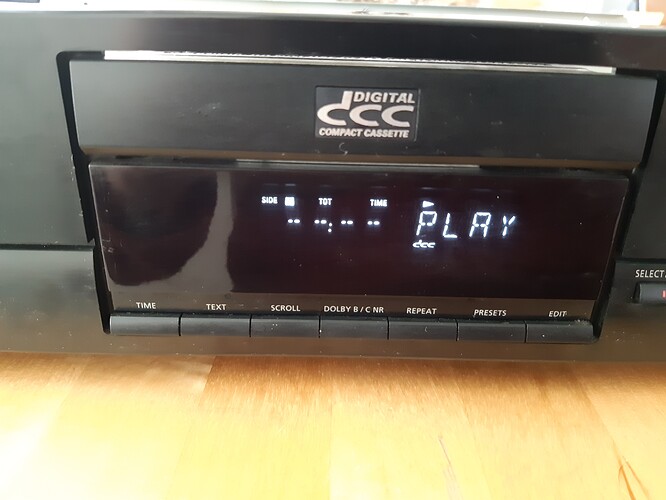 Inside the unit i found this: 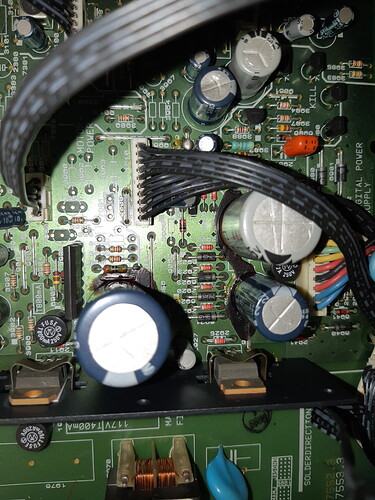 I dont think the brownish stuff should be there ? Could that be the probleem?

Hi,
That is just glue and not he capacitor leaking.
No sound on any cassette? 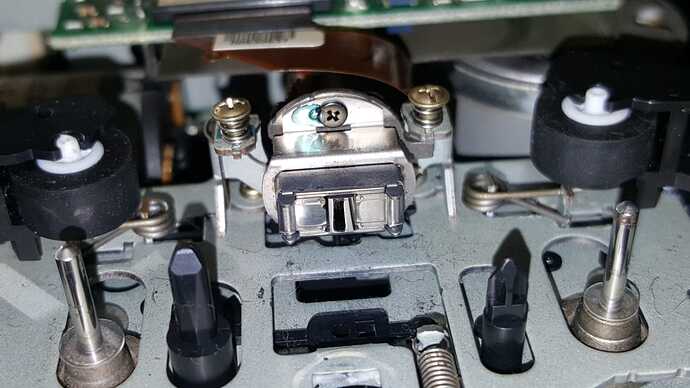 Ralf : when playing normaal cassettes There is a very loud ‘tic tic tic tic’ sound coming out of 1 speaker.

Could the orange belt that is attached to the head be damaged ? It does not seem to be touched. That would be very strange as the unit has not been opened, i dont see any visible damage.

My 5 cents of a guess is that the player does not ‘see’ the head, but what can cause this ?

From what I can see in the pictures, the head looks damaged.
That would not be great news.

The head doesn’t look good but I know DCC heads are hard to photograph. Can you take more pictures from different angles? I wonder if the “light” parts are just a trick of the eye or a reflection in the camera or if half of the head has broken off.

The capstans also look like they need a thorough cleaning. 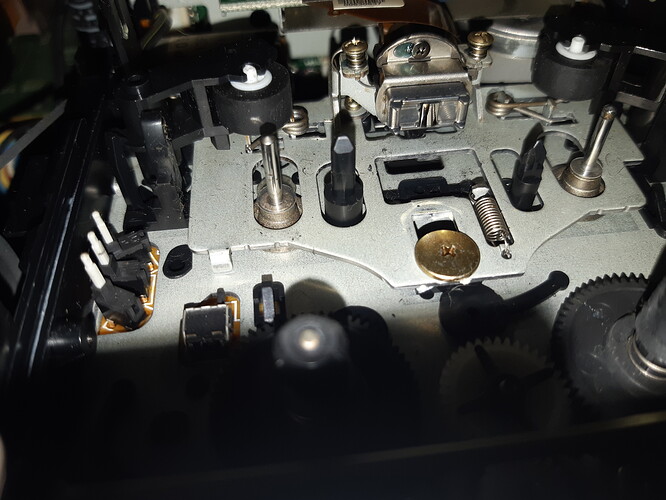 Aha. Well, it looks like that first photo had some unfortunate reflections that looked as if half your head was missing. The latter 2 photos show that it may just be really, really dirty: I think I see two big smudges near the top and bottom, and some smaller smudges in the middle.

@drdcc recommends using a Q-tip (cotton swab on a stick) with isopropyl alcohol (IPA, use at least 97% pure) and wipe the head from top to bottom (not left to right). And as I already mentioned, those capstans also really need a thorough cleaning; with those, you can probably go in any direction with your Q-tip with IPA.

I think your recorder was used a lot, and probably not in too clean of an environment: There’s a lot of dirt and dust inside (and some pet hair or carpet fibers). That won’t stop it from playing (my hacked DCC-730 has a lot more dirt than that) but that dirt might get into lubricated joints and cause wow & flutter that you would hear when playing analog tape, and that (if it’s extreme enough) would keep it from playing and reliably recording DCC tapes.

But the good news is that all may not be lost. Thorough but gentle cleaning will hopefully revive your deck. Good luck!

Jac, thanks again for answering (and Ralf). I ordered 99,9 IPA to get the cleaning proces going. What is the standard IPA% of the cleaning cassette ?

And for my information, on the pictures of the head, is the ‘white’ or the ‘brownish’ stuff the possible dirt ?

Brown is likely Iron Oxide from Type I analog tapes, so yes.

In the meantime i did some cleaning and investigation ( I have a feeling that the player does not pick up the head). If i put in a Pre-Recorded tape and i forward it (from the lead-in on) to song +1, it just goes totally nuts, of is winding to the end of side A then starts searching on side B.
Are this all indicators of really dirty head or can it really be something else ?
If i put in another ‘head unit’ The player is just working fine.

Dirty or damaged head. With the abrasive Type I tape residue it is likely that it was killed by abrasive analog tapes. Thus is the reason we strongly recommend not to play analog tapes in a DCC recorder.

Does it play analogue tapes?
Let us pray that it is not the capacitors…

It doesn’t play analog tapes either. That gives a very sqeeling sound on one speaker channel. I did the cleaning with q-tips and 99,9% IPA (seems like hours and hours) to no avail. This weekend it is going to ‘The guy’ and there is one more try with changing some little board, otherwise it will just be a replacement unit, so nothing is spilled!

We wait in suspence!