I bought a DCC822 and the seller claims its a pre-production model. I have my doubts about it but I see some cables in the device that maybe should not be in there?

Someone has ideas about this one? 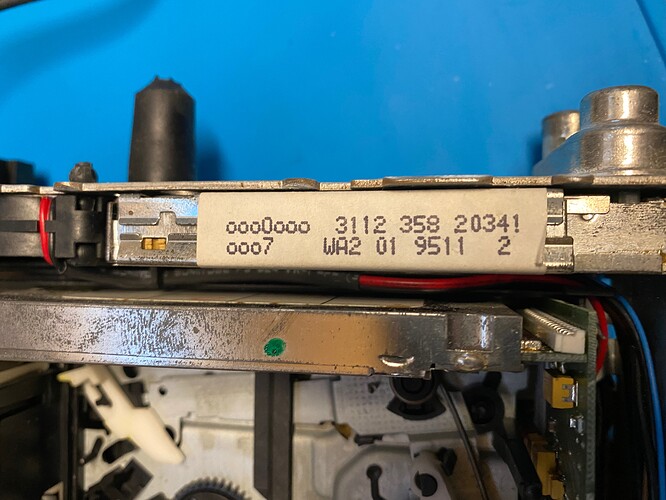 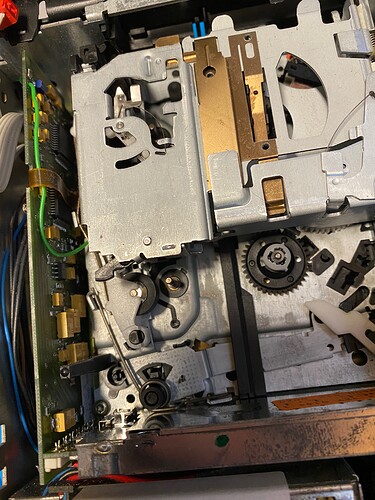 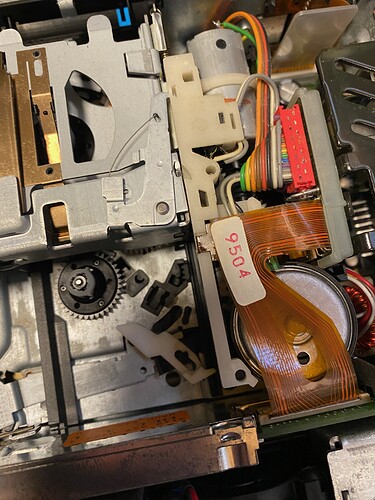 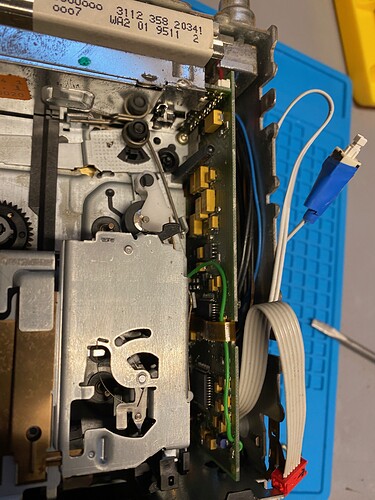 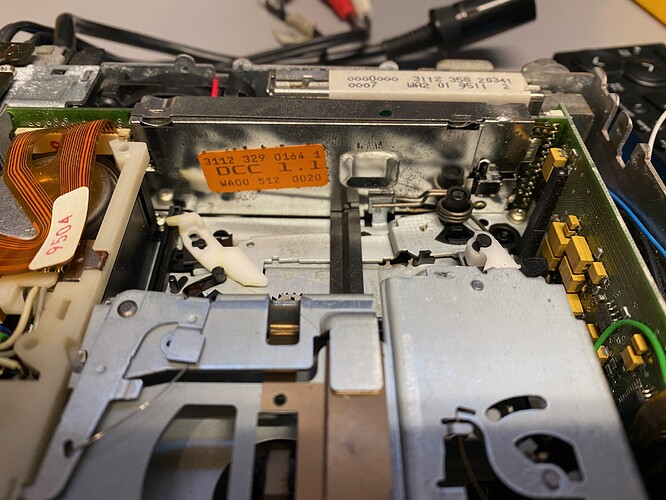 “Muster” means “sample” in German if I recall correctly. The date codes of early 1995 are probably about right, too. No idea what the cable and the switch are for, possibly for reprogramming the firmware. I would like to see more details but you’d have to take it further apart.

Hi,
We have a similar 821, not working unit. The muster means sample indeed and normally was used by the sales crew to show the local dealers. What is interesting about your unit are these extra cables. They normally should not be on a sample model.

I will make some more photo’s the coming week and upload them so you can see some more details.

This unit should working just fine said the previous owner, he showed me a picture when the player is working. I will test it before I open it to make more pictures.

As promised some more pictures
. 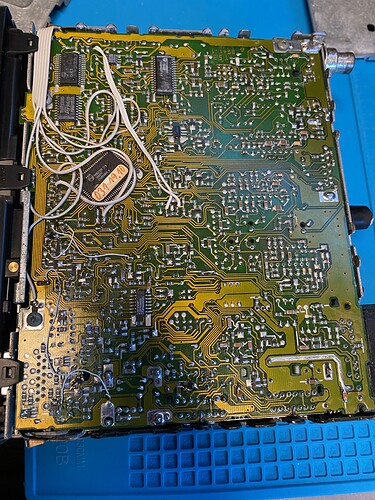 If you ever let this go, please think of the DCC Museum first.

That hand-soldered IC looks like a microcontroller, possibly a different version from the one in the production version (e.g. with field-programmable ROM). I didn’t attempt to look up the numbers but it may be possible to find information about it online. The wires across the board may fix some problems that were found just before it went into production, or it may be that those are special modifications to allow easy demo-ing.

The flat cable with the connector probably could be connected to demonstration hardware so that features of the recorder could be highlighted. Or it could have gone to a programming jig that was used for development. The switch is probably a reset switch or maybe something like an eject button for when the unit would be in a demo setup where the cassette was not removeable with the normal Eject button.

I wouldn’t be surprised if the front panel was modified so it can’t be removed.

Thanks for posting! And yes, like Ralf said, this would be a great addition to the collection of the DCC Museum.

I will do that! promised